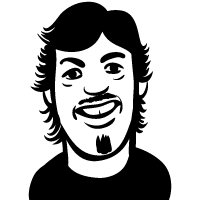 Your home's air conditioning system utilizes refrigerant to help it chill air for the purpose of cooling your home. While designed with sturdy materials to help prevent them from occurring, leaks can form that require repairs in order for the air conditioning system to cool the home. Homeowners who are experiencing one or more of the following problems should suspect that a refrigerant leak has occurred.

An increasing level of inefficiency

One of the most common signs that a refrigerant leak has occurred is when an air conditioning system that once worked well begins to be  increasingly inefficient in keeping the home at the desired level of coolness. In addition to a less comfortable interior space, homeowners may begin to notice that their monthly electricity bills are rising, even when outdoor temperatures have not risen enough to place additional demands on their AC system.

Along with a loss of cool air and using more energy than it normally would, a central air conditioning system that is becoming increasingly inefficient due to a refrigerant leak is probably cycling too frequently and running for too long during each cycle, both of which will result in increased rates of wear on moving parts, electrical switches, and other components. If not corrected, this type of increased wear can cause homeowners to experience more frequent HVAC repair issues or even shorten the lifespan of the entire air conditioning system.

The discovery of ice buildup on refrigerant lines

Homeowners who discover frost or icy buildup on their AC evaporator coil or copper lines are likely seeing visual proof that their system is operating with less than the required amount of refrigerant. This type of frost or ice is formed when there is insufficient refrigerant to maintain the necessary internal pressure inside the copper tubing and evaporator coil.

The appearance of audible signs

While some refrigerant leaks are too small to be heard, some are large enough to create noticeable sounds that homeowners may hear when spending time outside their homes. Most often described as hissing or bubbling noises, refrigerant leaks that are large enough to create audible noises will need to be addressed immediately to prevent serious damage from occurring to the components of the air conditioning system.

Homeowners who suspect a refrigerant leak has occurred will want to contact an AC repair contractor to repair the leak, recharge the system, and determine if additional repair issues have occurred before continuing to use the home's central air conditioning system.